The "Tenuta Ragabo" company is an organic farm in southern Sicily that lies on the territory of Porto Empedocle, an ancient charger of the city of Agrigento. A stone's throw from the sea, and from the splendid Scala dei Turchi, it stretches out on a terrain that is sometimes hilly and sometimes flat, looking out over the sea from some of its strategic points.

Family management is one of the strengths of the company. Although coming from a cultural background that is not purely agricultural, the family's past has always meant her to be landowner and used to run the business.

The company, owned by the daughters and coordinated and managed by the eldest, is assisted by the active support of the parents who act as supporters.

Entirely organic, it produces almonds, oil, grape must and aromatic herbs, and is then embellished with some fruit trees; among these what the family has called "susindorlo", a natural grafting of plums on an almond tree.

Company visits are currently possible to raise awareness of the products and their biological life from tree to table.

The olive grove, divided into two plants, different in age, cultivar and position, covers most of the land cultivated. The older of the two has an age that touches the heights of the century; from this we produce the 'Antica Riserva' organic oil which is composed of Nocellara del Belice, Biancolilla, Cerasuola and Ogliarola; the latter cultivar, an ancient Sicilian variety, then spread to the rest of Italy.

The new plant, despite its short life, produces an organic oil with a taste, so to speak, modern, or rather updated with respect to the new gastronomic needs. The cultivars that compose it are: Biancolilla, Nocellara del Belice and Cerasuola.

The almond grove, located in a valley, embellishes the landscape from the first weeks of February. The aesthetic beauty of the tree with its early white flowering, as early as February, the first flowers bloom, which in the whiteness of their color show pink reflections, is a harbinger of the goodness of its fruit. The combination of beauty and goodness is made manifest by this crop that gives a touch of spring color to an entirely organic company.

The newly replanted vineyard is composed of three different cultivars chosen on the basis of resistance to the climate and parasitic agents and continuity with respect to the territory: white is the cricket, red a forerunner of Nero d'Avola, Calabrese . To these two varieties is added Perricone, the owner's love for the wine that it produces.

The newly planted medicinal herbs perfume the surroundings with their characteristic notes.

Price €9.62
Organic oregano nr. 4 glass jars of 25 grams each for a total of 100 grams The oregano planted for less than a year already has an excellent...

Price €8.65
Organic oil - Ancient reserve Born from a blend of Sicilian cultivars of a century ago. The notes of artichoke and tomato echo on the nose. The...

Price €8.65
Organic Oil - Traditional Blend It translates a paradigm that has now become classic: the combination of cultivars such as Biancolilla, Nocellara... 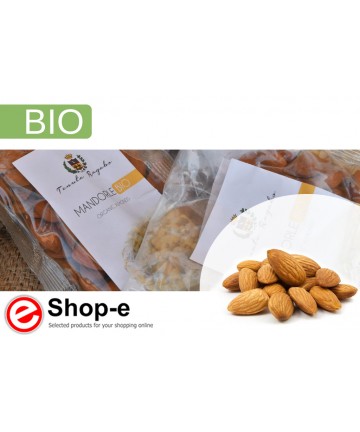 Price €3.17
Organic shelled almonds The "Tenuta Ragabo" almond comes from an ancient cultivar, native to the area, very similar to the 'Pizzuta d’avola'. It...
